Tibet Everest Base Camp Tour takes you to the northern side of Everest Base Camp to relish the grandeur of mighty Mt. Everest from the northern side. Unlike the hectic trekking routes to the southern side of Everest from Nepal, the northern side is comparatively easy. You will not have to walk for hours up and down through undulating paths but altitude sickness can be a real challenge. When you are in Tibet, you are already in the high altitudinal region. If you can sustain the rising elevation, you got it right. You will be showered with the glorifying views of Mt. Everest without much pain and struggle.

Tibet Everest Base Camp Tour starts with an incredible flight above the Himalayas to Lhasa. You can enjoy a sightseeing tour in Lhasa which is followed by an overland ride to the Advanced Everest Base Camp via Rongbuk. Sightseeing tour in Lhasa is full of artistic monasteries, palaces, temples, and shrines. The Buddhist monasteries and Buddhist culture is something that you can experience while you are in the city of Lhasa. Leaving Lhasa you will be headed to the Rongbuk valley. During your drive to the valley, you will be able to enjoy the panoramic view of mountains that stretches from Makalu to Shishapangma. Initially, Mt. Everest will not be visible but as you open up towards the Rongbuk valley, you will be blessed with some impressive views of Mt. Everest.

Standing on the roof of the world i.e. right in front of Mt. Everest would feel like a dream come true! So, are you geared up for this exciting experience with Everest Hiking Service P. Ltd? We are ready to turn your dream into reality. Join a group to Advanced Everest Base Camp and spice up your journey with the beautiful views of the Himalayas, Tibetan plateaus and Tibetan lifestyle.

Get ready for an amazing flight to Lhasa today. You will be picked up at your hotel and escorted to international terminal of Tribhuwan International airport for a flight to Lhasa. As you take off, you will be flown over the beautiful ranges of Himalayas. Admiring the Himalayan views, you will reach Gonggar airport where you will meet our Chinese crew members who will escort you for your journey ahead. From the airport, you will be transferred to your hotel Check in to the hotel and relax for rest of the day.

Also known as the land of gods, Lhasa is a treasure of Tibet city manifested with beautiful monasteries, palaces and temples. It treasures it art, architecture and culture intact in its monasteries, temples and ancient palaces. Today, you will be guided to Sera monastery which is one of the best preserved and magnificent monasteries in Lhasa. The white washed walls, golden roofs and the architecture of the building gives the monastery a classic look. There are thousands of monks who study and live in this monastery. After visiting this monastery, you will be headed to Norbulinkga, a summer palace of Dalai Lama. The grandness of this palace is beyond words of description. After admiring the gorgeousness of this palace, you will be headed to Jokhang temple, an ancient temple places in between the maze like bakor streets in the center of Lhasa. Stay at your hotel for the night.

Another day of sightseeing tour in Lhasa and you have much to explore ahead. You will be guided to Potala palace, one of the magnificent palaces of Dalai Lama. As you enter into Lhasa, the first thing that comes to sight is the red and white colored grand palace on a top of a hill which is known as Potala palace. Built in 17th century, this palace is full of grand rooms and important worship rooms (chapels). After exploring this palace; you will be transferred to Drepung monastery, that largest monastery of the world that can accommodate around ten thousand monks. After this we conclude our sightseeing journey and you will be dropped at your hotel for the evening.

Leaving Lhasa, we head towards Gyantse in our land cruiser. We follow the path along Tsangpo river and ascend up until we reach Khampa La. From the pass, we can relish the beautiful views of Yamdrok lake just below us and the peak of Ningdzingzonka right in front of us. Leaving the lake, we drive towards west to Gyantse. At Gyantse, you can visit the popular Pelkor monastery. After visiting the monastery, we further drive to Shigatse, which would be our stopping point for the day.

Early in the morning, we wake up and visit a monastery – Panchen Lama Tasilhunpo. Like other monasteries it has whitewashed walls and golden roofs. It is also one of the largest functioning monasteries in Tibet at present. After visiting the monastery, we continue our drive to Shegar. We stay at a guesthouse in Shegar for the night.

Today, we leave Shegar and move ahead towards Himalayan area. We leave the main highway and head towards Pang La through a path that leads us to the Himalayan ranges. Our path today will be full of magnificent mountain views. You can have a panoramic view of mountains that stretches from Makalu to Shishapangma. Initially, we will not be able to see the Mt. Everest but as we open up towards the Rongbuk valley, we will be blessed with some impressive views of Mt. Everest. After relishing the views of Mt. Everest from Rongbuk, we return back to Shegar for overnight stay.

Today, we leave Shegar and drive towards Kerung. We cross Lulang La on the way. From the pass, we will be able to get some incredible views of Mt. Shisapangma and Mt. Cho-oyu. With the magnificent views of sight, we will be headed to Kerung where we shall stop for the night.

We are almost at the end part of our journey. Today, you cross the border of China and enter into Nepal. Our Nepalese crew member will pick you up and drive you back to Kathmandu. You will be dropped at your hotel. Stay at the hotel for rest of the time.

Concluding the trip, you will be transferred to the airport for your journey ahead. 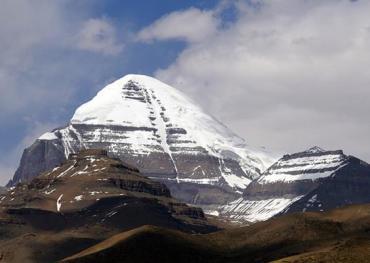 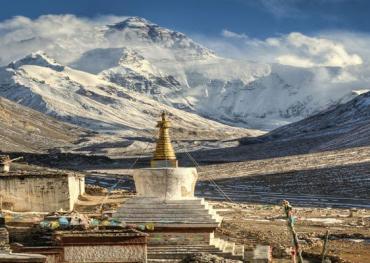