Tamang Heritage trek is a delightful journey that takes you to some charming Tamang villages in the Langtang region of Nepal. It lets you explore local people, their culture and lifestyle in the backdrop of beautiful Himalayan ranges. Moreover, it is a newly opened route that gets few trekkers but is one of the most accessible routes that goes amidst the Langtang and Ganesh Himal. The Tamang Heritage Trek is considered as a delight of every enthusiastic traveler as there is so much to explore and experience.

The trail that goes through the lush forests of oak, hemlock and rhododendron are remarkable with the views of gorgeous mountains on sight. The majestic waterfalls, lakes and tranquil Himalayan landscapes add to the glory of this journey. Above all, the villages inhabited by Tamang people are the essence of this journey. You can explore traditional villages inhabited by Tamang people as you march forward along the trail.

What to expect from Tamang Heritage Trek?

Tamang Heritage trek reflects Tamang villages in Langtang region as a cultural heritage of that particular region. The trek is enriching in terms of culture, people and lifestyle. Any traveler can get some insights into the traditional life of Tamang people residing in those regions. The people living in those areas live a simple and traditional life. They engaged in agriculture and animal husbandry for livelihood. They are very creative who weave baskets and many other items from bamboo sticks. The traditional houses made up of mud and stones are beautiful. So are the gompas and monasteries.

One can observe the dominance of Tibetan Buddhist culture in that region through the prayer flags, stupas and mani walls adorned in the paths. Besides, a traveler can get some alluring views of mountains as he/she walks through the villages. The trail gives an awesome opportunity to immerse in the beauty of mountains like Langtang Lirung, Dorje Lakpa, Jugal Himal, Ganesh Himal, Mt. Manaslu, Ganjala pass and many more.

Tamang people are the local inhabitants of the Langtang region. They are an ethnic group with their own unique culture, custom, festival, traditional dresses, songs, and dances.  Lhosar is their major festival and the traditional dances performed by Tamang people are popular as Syabru dance and Khamba dance. The lifestyle of people is pretty much simple. They are engaged in agriculture and animal husbandry. The Tamang villages are traditionally built with stone and mud. The carved wooden porches in Tamang villages reflect their uniqueness. One can explore the beauty of picturesque Tamang villages as you walk along the trail of Tamang heritage Trek. So, are you ready to immerse into this awesome combination of Tamang culture and Himalayan glory with Everest Hiking Service P. Ltd? We are always ready for your assistance!

Early in the morning, you will be picked up at your hotel and transferred to your ride for a drive ahead to Syabrubensi. It takes us around seven hours for us to reach Syabrubensi. On the way, we pass scenic countryside landscape, villages, farmlands and get some glimpse of mountains. We pass Trishuli river and drive ahead to Dhunche. From here, we further drive until we reach Syabrubensi. We stay at a guesthouse in Syabrubensi for the night. (Breakfast, lunch and dinner included)

We get set for our real trekking experience ahead. We start walking along the route and follow a route that takes us to the village of Galtang. The route is full of fascinating views. You can enjoy the views of Shisahapngma, Ganesh Himal and Langtang Lirung as you walk ahead towards the village. Galtang is a charming village placed on a hillside with traditional style stone houses. We stop at a guesthouse in Galtang for the night. (Breakfast, lunch and dinner included)

After breakfast, we descend down to Thangboche admiring the astonishing views of Langtang ranges and Ganesh Himal along the way. We pass Chilime Hydropower Dam and ascend up to Tatopani. At Tatopani, we can enjoy hot water bath in the natural hot springs at Tatopani. A bath in the hot springs soothes your senses and relaxes your body. We stay at a guesthouse in Tatopani for the night. (Breakfast, lunch and dinner included)

After a wonderful night in Tatopani, we wake up, have breakfast and continue through our trail that ascends up to Nagthali Danda. We stop at Brimdang village for lunch and continue our walk up until we open up to the grassland in Nagthali Danda, From the top of the Nagthali Danda, we will be blessed with some magnificent views of mountains in Langtang region. We further continue with our walking journey and descend down until we reach the village of Thuman. Thuman is a small village on the way inhabited by people of Tamang community. Here, you can interact with local people and get some insights on their local culture, custom, tradition and lifestyle. People in this village are fond of singing and dancing. You can enjoy some local songs and dances as you stay at a guesthouse in Thuman for the night. (Breakfast, lunch and dinner included)

Today, we leave Thuman and walk towards a flat section of the trail. No sooner, the trail descends down to Timure. We walk along the old trade route to Tibet. This section of trail is quite close to Tibet; you can reach Tibet is just three walking hours from this section however entering Tibet is not possible due to visa and immigration requirements. We pass Lingling village on the way to Briddim. Briddim is a beautiful Tamang village with a strong influence of Tibetan Buddhist culture. Located on the lap of Langtang himal, this village is mostly inhabited by people of Tibetan origin. You can visit Dukchu gompa in this village. Interaction with local people can be an enriching experience. We stay at a guesthouse in Briddim for the night. (Breakfast, lunch and dinner included)

Today, we continue descending down to Lama Hotel. On the way, we pass rhododendron forests with amazing views of mountains. We descend down until we reach a small stream called Gopche Khola. From this stream, we ascend up to Lama Hotel. Lama Hotel is a beautiful place located in the bank of Langtang river. It is placed in the backdrop of mountains and surrounded by lush forests. We stay at Lama Hotel for the night. (Breakfast, lunch and dinner included)

Leaving Lama Hotel, we retrace our steps back to Syabrubensi, the starting point of our trek. We spend our time in this small town exploring the streets and shops. We stay at a guesthouse in Syabrubensi for the night. (Breakfast, lunch and dinner included)

We conclude our journey today. You will be driven to airport for your journey ahead. (Breakfast included)

From $ 809
/ Adult
Need help with booking? Send Us A Message

Nepal 18 Days
$ 1,635
The Manaslu Trek, one of the most classical treks in Nepal that offers you the best views of the eighth world’s highest mountain; Manaslu (8,163m)...
View Details
Available through out the year:

Nepal 17 Days
$ 2,500
Upper Mustang Trek takes you to a remote place in the Mustang region of Nepal in between the wilderness of the Himalayas that is still...
View Details
Available through out the year:

Nepal 11 Days
$ 805
Mardi Himal Trek is an emerging trek that has gained a lot of attention from fellow travelers these days. It has been an alternative to...
View Details
Available through out the year: 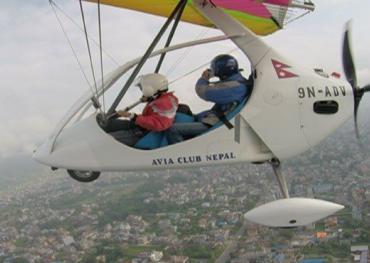 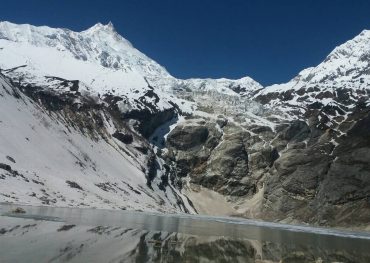