Situated at the lower Valley of Gorkha District, Manaslu Circuit Trek is also called Gorkha historical trekking in Nepal. It is a newly open trekking trail, which provides an opportunity to enthusiastic trekkers and travelers to explore the historic, religious, cultural, ecological significant of the Gorkha district. This amazing Manaslu Circuit Trek in Nepal is blended with the wonderful cultural heritage, pure Himalayan ecosystem, breathtaking Himalayans vistas, and Budi Gandaki river. Walking around the lower Manaslu valley offers you the opportunity to explore the historical, religious, cultural, and ecological significances of Gorkha district. Gorkha district is the ancient capital of Nepal from where modern Nepal was originated. Prithvi Narayan Shah, the king of Gorkha district unified Nepal. Gorkha Durbar Square is the most popular site of this place that represents the archeological significance and history of Nepal.

It is one of the most preferred destinations among national and international trekkers due to it’s exceptionally rich in biodiversity and majestic Himalayan ranges along with high altitude romantic glacier lakes, fascinating divers’ flora, and fauna, and many more. Manaslu Circuit Trek

Manaslu has a unique and tranquil environment. It is rich in biodiversity. The majestic Himalayan ranges, beautiful natural sceneries, high altitude glacier lakes, endangered floras and faunas, and diverse culture are the major highlights of Manaslu. Trekking in this region has been recently opened for national and international trekkers because of which the trekking trails of this region are less crowded and deliver good accommodation of lodging and food. That’s why it is claimed to be the hidden gem among the other trekking destinations of Nepal.

This trek offers you the views of majestic mountains of Manaslu (eighth highest peak of the world), Mt. Himalchuli, Mt. Ganesh, and the landscape dominated by Budi Gandaki River.

Manaslu Circuit Trek doesn’t require any kind of camping gear as the trails pass through the village areas. but minimal fitness is required with the capacity to adopt the higher altitude.

This amazing Manaslu Circuit Trek trail begins with the scenic drive to Arughat Bazaar. As you reach to Arughat Bazaar, you will begin the official trek from the Lapubesi by following several charming villages through following the bank of the Budi Gandaki River. Then the further trekking trails lead us to Doban, Philim, Ghap, Sama Gaon, Samdo, Dharamsala, Bimtang, Tilje, Dharapani, Besi Sahar and finally, Kathmandu.  The trekking trails pass through several remote villages, subtropical forest areas, barren alpine terrain, and cliffs along the riverside. Throughout your trekking journey, you will walk on the stone-paved path, riverbeds, and landslide as well as avalanches areas. the trails follow the ancient salt trading route of Tibet along the Budi Gandaki River.

After your arrival at Kathmandu Tribhuvan International Airport, one of our representatives will be there to welcome you and transfer you to your hotel. After hotel check-in, you will be welcome with the drink and later on introduce with the trekking guide. In the evening, you can stroll around the lively Thamel Bazaar, where you can have some shopping with the guide. You will be also provided short orientation class about the further trek of Lower Manaslu Trek. You can also enjoy farewell dinner and stay overnight in the hotel at Kathmandu.

After having morning breakfast, we will take a private vehicle and drive onwards to Arughat Bazaar. During our driving journey, you will get chances to pass edge of Kathmandu Valley and catch glimpse of Annapurna, Ganesh Himal, Manaslu, Langtang Himal, and other associated peaks. We will follow the terraces, green hills and follow the Dhanding Bisi or Gorkha Bazaar. The further drive from Gorkha Bazaar will lead us to the Arughat Bazaar. As you reach to Arughat Bazaar, you will again drive towards Lapubesi by following the beautiful Soti Khola, which is situated at the elevation 884 meters. Have dinner and stay overnight in the guesthouse of Arughat Bazaar.

In this day, after morning breakfast, we will continue trek ahead to Doban, which is situated at the elevation of the 1250meters. We will follow the gradual ascend trail through the rugged rocky trail. By following the varied trees, we will ascend up and down ravines. During your trek, you will listen chirping sound of the different birds on the forest and several waterfalls on the both side of the Budhi Gandaki River will make this trekking worthwhile. On the way, you can encounter with the various villages such as; Liding, Machhakhola, Jagat, and Philim, where you will get chances to encounter with the friendly people of the mountain and their warm hospitality. Along the way, you will be accompany with the magnificent vistas of Ganesh Himal, Shringi Himal, and Himal Chuli. Following the alder, poplar, blue pine trees, you will reach at Doban. Have dinner and stay overnight in the Guesthouse of Doban.

After morning breakfast, we will continue trek towards Philim, situated at the elevation of the 1570 meters. Continue trek with the beautiful narrow with the dramatic gorge. You can explore the towering walls, past a thundering waterfall with the stunning mountains peaks. Then continue trek ahead and cross the suspension bridge and ahead ascend gradually along a wide hillside. You will follow trekking trail through following dense forest, several small villages including of Deng, Nubri Kutang, where you can encounter with the local people influence with the Tibetans. You can enjoy with the views of Lumbo Himal, Lapuchen, Dwijen Himals. And others. Have dinner and stay overnight in the guest house of Philim.

After morning breakfast and continue trek with the stunning mountains view and alluring Bhudhigandaki Valley view below Philim. You can pass through the small settlement Ekle Bhatti, Wonderful waterfall on the way to Tsum Valley as well as Manaslu Circuit trail. Thee further trek will pass the bridge with narrow gorges, Nayak or Pewa, river Bhudhigandaki and reach to Dang. The further trek will pass the beautiful bridge, small local village of Rana, through following lovely woods of pine and finally reach to the Bihi Phedi, from where you can have stunning views of Kutang Himal. Then you again begin trek ahead, you can explore Mani stones with the sign of the tiny Tibetan footholds mark.

In this day, after early morning breakfast, you will continue trek towards Sama Gaon, which is situated at the elevation of the 3525meters. The trekking trail take us to the ancient Gomba and various local folks near Tibetan border. You can also enjoy majestic Mountains views on the way. Around 6 to 7 hours trek will take us to the Sama Gaon. As you reach to the Sama Gaon, you can explore the village and interact with the native peoples and closely observe their cultures and traditions. Have dinner and stay overnight in the guest house at Sama Gaon.

Today is your rest day at Sama Gaon, where you will spend your whole day to explore the village and significant of the place over there. Early in the morning, you will have a breakfast and continue to stroll around the village and explore the little piece of old Tibetan Gomba. You can also make a short hike up to the Manaslu Base camp or Birendra Lake for stunning mountains views. As you reach to the top of the Birendra Lake, you can enjoy exploring the lake and beautiful Glacier over their with the array of breathtaking mountains views. After exploration, you can also make another short hike up to the Pung Gyen Gompa, at 3870 meters, and admire around unique natural beauty. After exploration, you will return back to the Sama Gaon for overnight. Have dinner and stay overnight in the Sama Gaon.

In this day, early in the morning, have a breakfast and continue trek forwards to Samdo, which is situated at the elevation of the 3850meters. As you continue trek following through the barren Hill with the magnificent views of the Himalayas and blue sheep territory. Around 3 to 4 hours trek will take us to the Samdo, where you will get so many teahouses to choose from for accommodation. Samdo village is famous for best views. You can also enjoy the several cultural activities over there. Have dinner and stay overnight in the Samdo guesthouse.

Have morning breakfast and continue trek towards Dharmasala, which is also known as Larkya Phedi, situated at the elevation of the 4460meters. The trail goes ahead by following the old trade route towards Tibet and crossing a beautiful bridge. The further trek will be climbing through the trade markets of Larkya bazaar. After about three hours of ascending trail will follow the glaciers on the way and you will also get an opportunity to have breathtaking views of the Himalayas. The further trek will take you to the Dharamshala. As you reach to the Dharmasala, you will reach to the Lyarke La pass for the stunning views of the Mountains. Have dinner and stay overnight in the Dharmashala

In this morning, early in the morning, after early morning breakfast, the trail goes to North side of the Larkya Glaciers where you can enjoy splendid views of the mountains from the Cho Danda and then of Larkya Peak. As we reach at Lyarkya La Pass (4930m), you will get chances to view of wonderful panoramic mountains including Himlung Himal (7126meter), Cheo Himal (6820meters), Gyagi Kung, Kang Kuru (6981meters) and the Annapurna II (7937meters), and many more. After exploration. You will again continue trek ahead steep descent trail through following moraines, towards Bhimphedi. Again, begin trek ahead drop down often slippery trail following the stunning glacial moraine and finally arrive at the Bimphedi. Have dinner and stay overnight in the guest house of Bimtang.

In this day, after early morning breakfast, we will continue trek ahead and follow the descents trail along the greenery fig tree and rhododendron forest. The further trek will follow the rocky river-bed and further you will pass sliding hill-sides to several small green villages with the scenic views. After around 7 to 8 hours of trek will take you to the large village of Tilje, where you can encounter with the Manangis (of Tibetan descent) and Chettris (Hindus) you can witness and explore their unique architecture and culture. Have dinner and stay overnight in the guest house.

After early morning breakfast, we will continue trek by following the beautiful Dudh Khola through bamboo forests. Around 2 hours of trek down will follow the Annapurna Conservation Area Project, the board at Dharapani. You will also encounter varied Tibetan village, which are decorated with the prayer flags fluttering at the Gomba in Thongje. As you reach to Dhorepani, you will begin around 3 to 4 hours’ back drive to Beshisahar and continue drive to Kathmandu. As you reach to Kathmandu, you will be taken to the hotel, where you can take a rest and be fresh. In the evening, you can stroll around the attractive Thamel Bazaar and do some shopping. In the evening you will get chances to enjoy farewell dinner with typical cultural program for celebrating the completing successfully Lower Manaslu Trek in Nepal. Overnight stay at the same hotel

Today is your last day in this wonderful country in Nepal. One of our representative's will helps you to find your final destination. After having breakfast, he/she will take you to the airport, 3 hours earlier of your flight schedule. We will wish you a safe flight and hope that we will meet in Nepal on your next vacation trip to Nepal.

Tour to Pokhara and Kathmandu 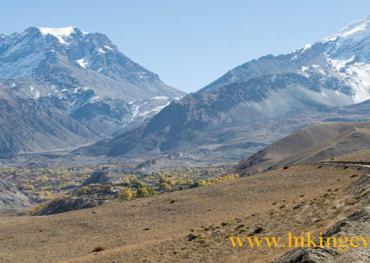 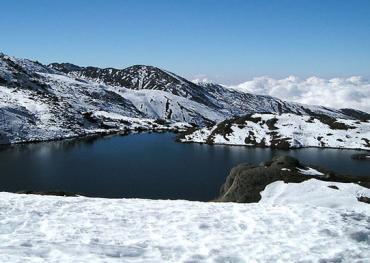 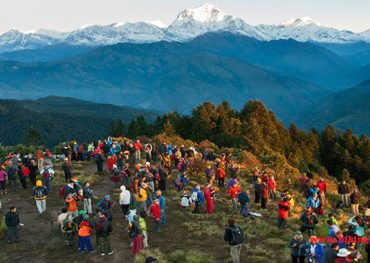